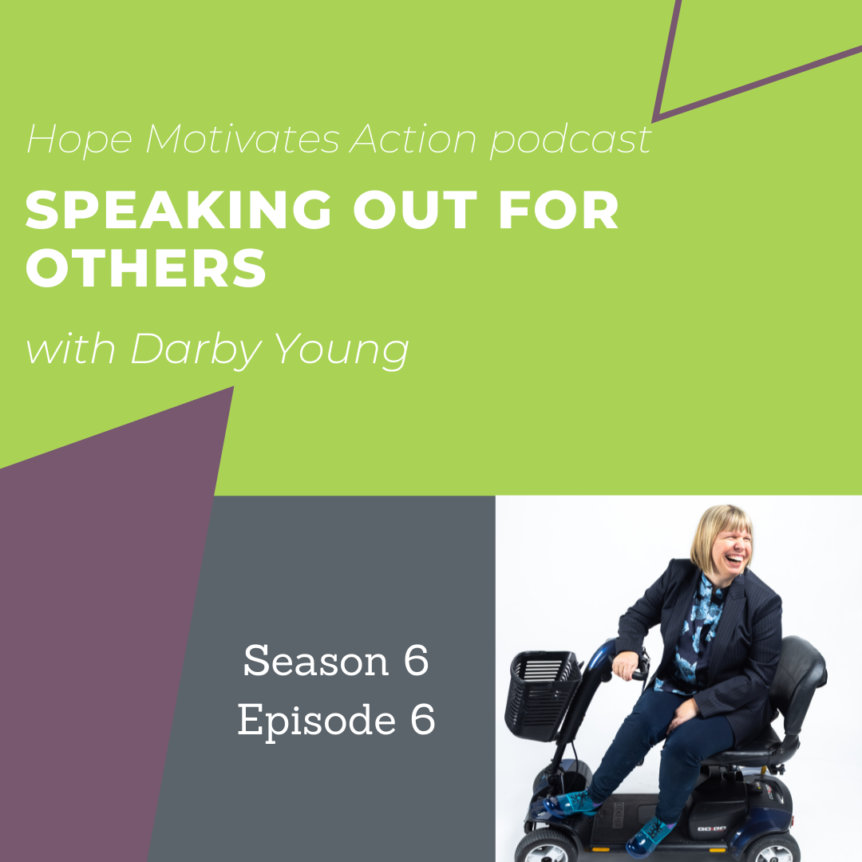 Creating a future better than today doesn’t come without its own set of obstacles. You can’t make change without raising awareness and making the right connections, but it’s hard to know where to get started.

Darby Young joins us today to discuss how she’s been breaking barriers while working to create a Universally Accessible world. Darby knew there were problems she could solve for people with disabilities, and she knew she had the opportunity and ability to make the changes that others might not be able to.

Listen in to hear how she’s taken action to overcome obstacles and built a community of like-minded people to help bring her vision of a Universally Accessible world to fruition. You, too, can break barriers, create change, and be a voice for those who need it. Because if you don’t do it, who will?

Darby Lee Young is a former para-alpine ski racer who was born with mild cerebral palsy and a passion for removing barriers. She created Level Playing Field (LPF) in November 2015 to mitigate the barriers she faces every day. As the Principal Accessibility Strategist, Darby works with architects, designers, property owners, facilities management, etc. to ensure spaces are Universally Accessible.

Darby is a well-known public speaker and has been very active in the community. She has been volunteering with Hockey Canada since 2010 and served as co-chair on the City of Calgary’s Advisory Committee on Accessibility (ACA) from 2011-2015. She also represented the City of Calgary at the International Summit on Accessibility. She was recently named top 25 Women of Influence and has a shoe line named after her called the “Darby” Fellowship by John Fluevog.

Mentioned in This Episode: