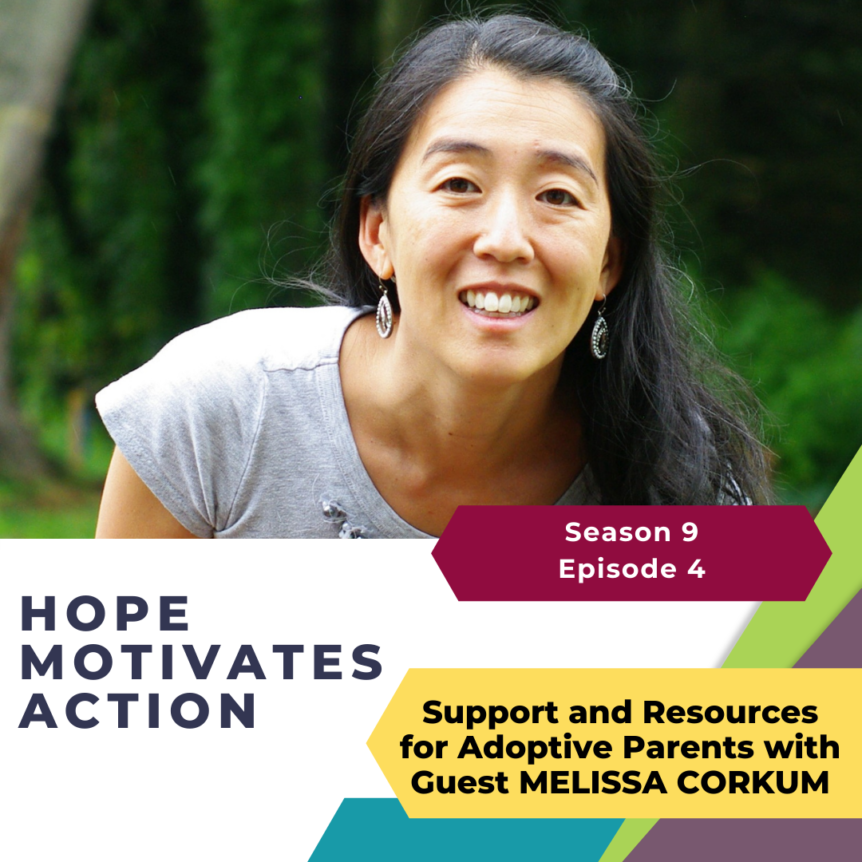 For many hopeful parents, adoption is a goal they hope, work, and dream for, oftentimes rallying the support of their friends and family along the way. But what happens beyond adoption day? If you’re an adoptive parent, you may feel discouraged, ungrateful, or even ashamed sometimes when parenthood isn’t easy, but also isolated because you don’t want to complain to the supporters who helped you through the adoption process.

Today’s guest is here to tell you that it’s okay to feel this way. Just because you chose adoption doesn’t mean it’s easy. As both an adopted adult and an adoptive parent, Melissa Corkum understands the difficulties faced on this journey, and aims to support and educate others who experience similar feelings and don’t know what to do. She provides resources and insight on trauma-informed care, the brain science behind behavior, and other ways parents can expand their skill sets in order to better understand and support their children through their journey together.

In our conversation we also highlight the importance of community, and having a place where adoptive parents can go to feel seen, heard, and understood.

As a post-adoption support specialist, co-founder of The Adoption Connection, Safe and Sound Protocol Practitioner, and adult adoptee, Melissa Corkum has helped hundreds of adoptive parents shift to a brain-based view of behaviors so they can laugh more and yell less. She and her husband, Patrick, have six kids by birth and adoption and one granddaughter. They’ve taught her a lot about what creates thriving parent-child relationships…and what doesn’t.

Mentioned In This Episode: