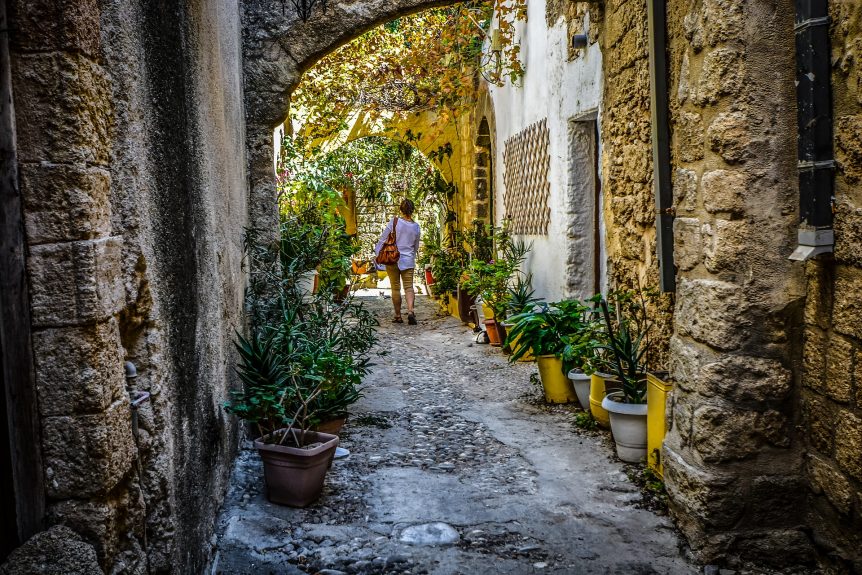 Have you ever been on a solo vacation? I have and it’s awesome. Seriously, kick-ass awesome.

I was reminded of the power behind these solo vacations after reading a blog post on Carli Lance (my friend Andrea is the creator – her concept of the Tiny Mammoth is inspiring) all about vacations that are outside the “norm” and she lists the “self-cation” as one of them.

My first, and biggest, solo-vacation was three days in Montreal followed by seven days in New England. I went to a hockey game at the Bell Centre in Montreal (scalped tickets all by myself!), spent a night on Cape Cod, walked the entire Freedom Trail, took myself to the theatre (Blue Man Group in the Charles Theatre in Boston was incredible!) and rode in an amphibious vehicle.

They say travel is an education in itself and I couldn’t agree more. This particular trip taught me that I had courage (being a little blonde girl scalping hockey tickets was interesting 🙂 ), I could mentally overcome awkwardness, (you ever tried to get a table for one in a French restaurant where you didn’t speak the language?!), and, with practice, I could also feel comfortable in my own skin with no one I knew around to validate me.

That was the biggest learning, I think…that even though I was by myself, I didn’t have to feel alone. That people weren’t actually staring at, and feeling sorry for, the woman eating dinner by herself…or, if they were, that it didn’t matter. I got to choose. If I wanted to wake early and read in bed while I drank my coffee – I got to. If I wanted to see the Michael Jackson tribute movie, I could…and did. And if I wanted to spend the entire day at the outlet mall, that was my choice to make.

I loved it. It was over 10 years ago and I still think about that trip often. I was single then, without too much responsbility and sometimes I think that where I’m at now in life, those kinds of literally life-affecting trips are no longer possible.

Going on a trip by yourself doesn’t mean you don’t love your spouse or your family and don’t want to share an experience with them. It definitely doesn’t mean you hate your life and need to get away from it. And it for sure doesn’t mean you’re trying to punish anyone by asking them to “hold down the fort” for a few days.

What it does mean is you’ll come back rejuvenated. More confident. With an increased education and life experience, highly likely making you feel like a better wife/husband, mother/father, daughter/son and colleague.

What’s the price of not doing it?